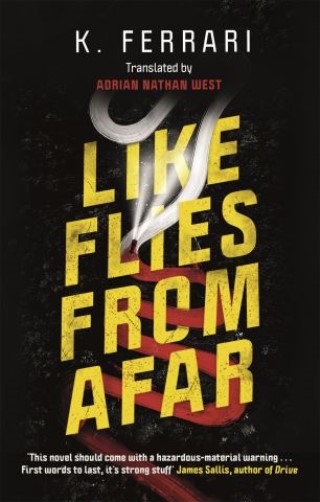 Luis Machi has had enemies for a long time: after all, he's built his success on dirty deals - not to mention his cooperation with the military junta's coup years ago, or his love life, a web of infidelities. What's new is the corpse in the boot of his car. A body with its face blown off, detained by a pair of furry pink handcuffs that Machi knows well . . . Someone is trying to set him up, but the number of suspects is incalculable. Machi is stuck dredging his guilty past for clues and trying to dispose of the mystery corpse. But time is just another enemy and it's running out fast. Like Flies from Afar is a wickedly dark and thrilling ride through the corruption and violence of Argentina, embodied by a single degenerate man and one very complicated day.